Dr. Anthony Fauci, who played a critical role in steering humanity through the two pandemics of our time, AIDS and COVID-19, announced Monday he is stepping down from his role in the federal government.

As of December, he will leave the position he’s held for 38 years as the director of the National Institute of Allergy and Infectious Diseases, as well as his job as chief of the NIAID Laboratory of Immunoregulation, and his role as Chief Medical Advisor to President Joe Biden.

The straight-talking scientist and physician was the government’s top infectious disease doctor for decades, and one of the few scientists that many Americans knew by name.

Fauci, 81, served under seven U.S. presidents and helped lead the country through numerous health crises. He was instrumental in combatting the AIDS epidemic, starting as the youthful director of NIAID in the early 1980s. He also took center stage in a politically fraught response to the nation’s COVID-19 pandemic, and he was both praised and assailed for his tell-it-like-it-is philosophy.

President Biden hailed him as a «dedicated public servant» in a statement issued Monday. «Because of Dr. Fauci’s many contributions to public health, lives here in the United States and around the world have been saved,» the President said.

Department of Health and Human Services secretary Xavier Becerra, who took leadership of the agency a year into the COVID pandemic, said he relied on Fauci’s counsel and praised him for «his ability to break down complex science in simple terms to the American people to save lives.»

As AIDS crisis grew, he led by listening

Fauci’s actions during the AIDS epidemic helped marshal a scientific and government response that saved millions of lives. His approach to engaging AIDS activists also transformed the way patients and activists interacted with medical science for many diseases.

«Tony Fauci is a really interesting character in the history of the AIDS epidemic,» says Jon Cohen, a journalist at Science magazine who wrote a book about Fauci’s passionate but ultimately unsuccessful effort to develop an AIDS vaccine. «He becomes the voice of science, he can translate science into English better than anyone, and he can speak to every president, every congressperson, every world leader, and he can speak to patients,» Cohen said in an interview.

Those abilities emerged during the earliest days of the AIDS epidemic, when the Reagan administration tried to downplay or ignore the deadly disease afflicting particularly gay men and users of drugs by injection, as well as people with hemophilia who died because their medication was derived from contaminated blood products.

Dr. Fauci served as a panelist at the National AIDS Update Conference on Oct. 12 1989 at the San Francisco Civic Auditorium in San Francisco, Calif.

Part of Fauci’s strategy was to engage the patients and activists who were demanding not only answers but a rapid federal response.

«He was one of the few [powerful people in Washington] that opened his doors early to us to listen and to hear us out,» said Peter Staley, one of the founding members of Act Up New York, a prominent AIDS activist group. «And he was one of the few that wasn’t afraid of us, and thought we had something to bring to the table.»

Staley recalls regular dinners that Fauci held in the home of a gay man who worked in his office. Those dinners «would last for many hours over many bottles of wine, and we debated these issues, and it would sometimes get very heated,» Staley said. They didn’t always agree, «but I came to respect the man intensely during that period.»

The AIDS activists pushed for being part of the research and having a seat at the table, as scientists and government officials figured out how to develop drugs and test vaccines to control the AIDS epidemic.

Fauci also oversaw a laboratory at the NIH and saw patients throughout his long career, keeping connected to the science as well as the human dimensions of infectious disease.

«Tony won the respect of the angriest, most frustrated people because they saw him as an ally and because he listened to them and he incorporated them — he made them part of finding solutions,» Cohen said. And that approach «radically overhauled how we think about disease and research and patients, not just AIDS.»

Fauci was also instrumental in an effort, undertaken by the George W. Bush administration, to make AIDS medicines available globally. The multi-billion-dollar program, called the President’s Emergency Plan for AIDS Relief, or PEPFAR, has saved millions of lives, primarily in Africa.

Fauci’s gift for communication put him at the center of many public health crises, in Republican as well as Democratic administrations. Those included viral outbreaks ranging from Zika and West Nile disease to the annual flu. To help calm a jittery American public during the Ebola scare in 2014, Fauci stepped up to the cameras and embraced an Ebola patient – a nurse, Nina Pham — who had been treated at the NIH.

«I want to tell you what a great pleasure, and in many respects a privilege it has been for me and the staff here… to have had the opportunity to treat and care for and get to know such an extraordinarily courageous and lovely person,» he said in his distinctive Brooklyn accent.

His political acumen stood him in good stead with seven presidential administrations, starting with Ronald Reagan. No other leading federal scientist in modern times held a top position for as many years as Fauci did.

Fauci even got a shout-out from George H.W. Bush during a 1988 vice-presidential debate. The candidates had been asked to name their heroes, and Bush included Fauci in his list. «You probably never heard of him,» Bush said. «He’s a very fine researcher, top doctor at the National Institute[s] of Health. Working hard, doing something about research on this disease of AIDS.»

Diplomacy and politics in the early days of COVID

Fauci’s biggest political challenge came during the Trump administration. Early in the COVID-19 pandemic, Trump frequently brought Fauci to the White House as a member of the Coronavirus Task Force, to participate in meetings and press conferences. But as the disease spiraled out of control, the president tired of Fauci’s warnings. Fauci found diplomatic ways to correct the president’s often errant statements about the coronavirus, for example when Trump wondered whether COVID-19 could be treated with bleach injections or by shining ultraviolet light into people.

The relationship hit a low point a few days before Election Day, 2020, when a crowd at a Trump campaign rally in Opa-Locka, Fla., started changing «Fire Fauci! Fire Fauci!»

Trump did not fire Fauci, who had made some missteps during the early days of the pandemic.

At first, scientists didn’t fully understand how the virus spread or how to contain it. Fauci initially misjudged the degree to which the virus spread from people who had no symptoms of disease. He quickly changed his view as scientists learned more. Like many scientists, he was also uncertain about the value of masks early on.

But he never wavered in his view that people needed to stop gathering in large numbers, to wash their hands, isolate if ill and otherwise to take personal responsibility to avoid spreading the virus. Those positions earned him the ire of some Americans, who felt public health guidance infringed on their personal freedom. It was also inconsistent with Trump’s false claim that the pandemic was being overblown.

Fauci had amassed a powerful following among people committed to a science-based response to COVID-19. His face popped up on T-shirts, coffee mugs and yard signs – and on Tony Fauci bobbleheads.

He was even invited to throw the ceremonial first pitch at the start of the Washington Nationals’ 2020 home-opener, five months short of his 80th birthday. Suffice it to say it was outside the strike zone, a fact which the president noted among his complaints about Fauci’s performance. (He redeemed himself two years later throwing a cleaner pitch this month in game between the Seattle Mariners and the New York Yankees, in Seattle.)

Fauci threw the ceremonial first pitch before the game between the Seattle Mariners and the New York Yankees at T-Mobile Park on August 09, 2022 in Seattle, Washington.

With Joe Biden’s election, Fauci became the president’s chief medical adviser. Fauci admitted in the administration’s very first press briefing that it was a relief to work for a president who took the science seriously.

«I can tell you I take no pleasure at all in being in a situation of contradicting the president,» he said. «So, it was really something that you really feel you couldn’t say something and there wouldn’t be any repercussions. The idea that you can get up here and talk about what you know, and what the science is and that’s it. Let the science speak. It is somewhat of a liberating feeling.»

Fauci’s gift for communication made him a media star and a household name.

But his fame also made him a target for critics of the federal government’s COVID response and even for death threats. In January, at a Senate hearing on COVID, Fauci blamed rhetoric from Sen. Rand Paul, R-Ky., for sparking death threats against him and his family.

Paul, and other Congressional Republicans, have raised the idea of investigating Fauci after the midterm elections, if they win back control of the House or Senate.

A scientist ‘in his very soul’

Throughout the COVID pandemic, and the nonstop media attention he received, Fauci continued to run one of the major institutes at the NIH.

«He in his very soul was a laboratorian, was a bench scientist,» said Dr. Georges Benjamin, longtime head of the American Public Health Association. «Here was a guy who loved that kind of work. And while he handled the administration and the bureaucracy well, that wasn’t necessarily what he got up for every morning to do.»

Indeed, under Fauci’s guidance, scientists at his institute aggressively pursued a vaccine for COVID-19. And, in an astonishing span of less than a year, they brought one into being, in partnership with the drug company Moderna. It was even more effective than Fauci had dared hope, achieving an efficacy of over 90%.

«He was giddy with laughter,» Benjamin recalls. «I remember watching him on TV with the joy of a new parent who has something that’s just precious, and understood just how valuable that vaccine was going to be.»

In a statement, Fauci said it had been «the honor of a lifetime to have led the NIAID.» He said he’ll continue to work after departing from his current government positions.

«After more than 50 years of government service, I plan to pursue the next phase of my career while I still have so much energy and passion for my field,» he said.

Related Topics:
Up Next 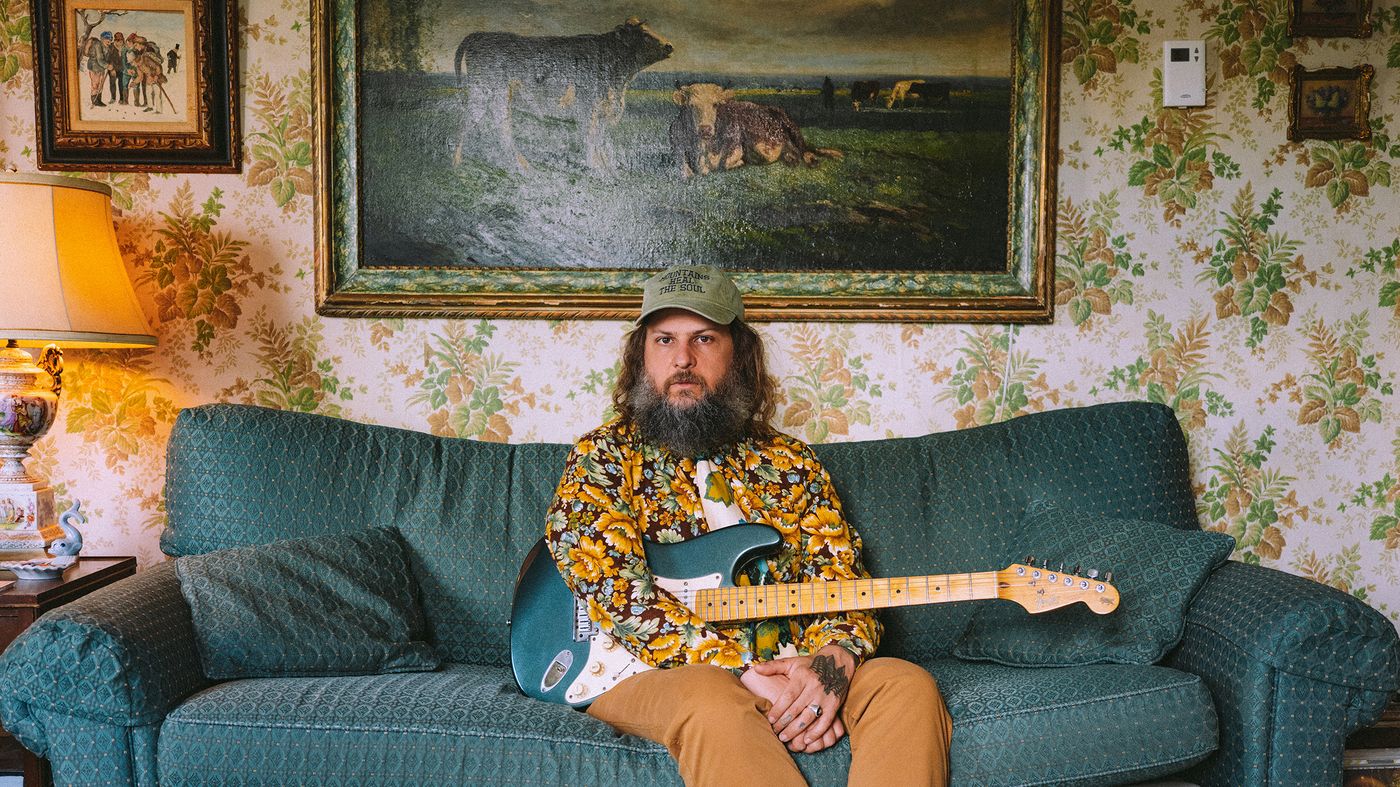 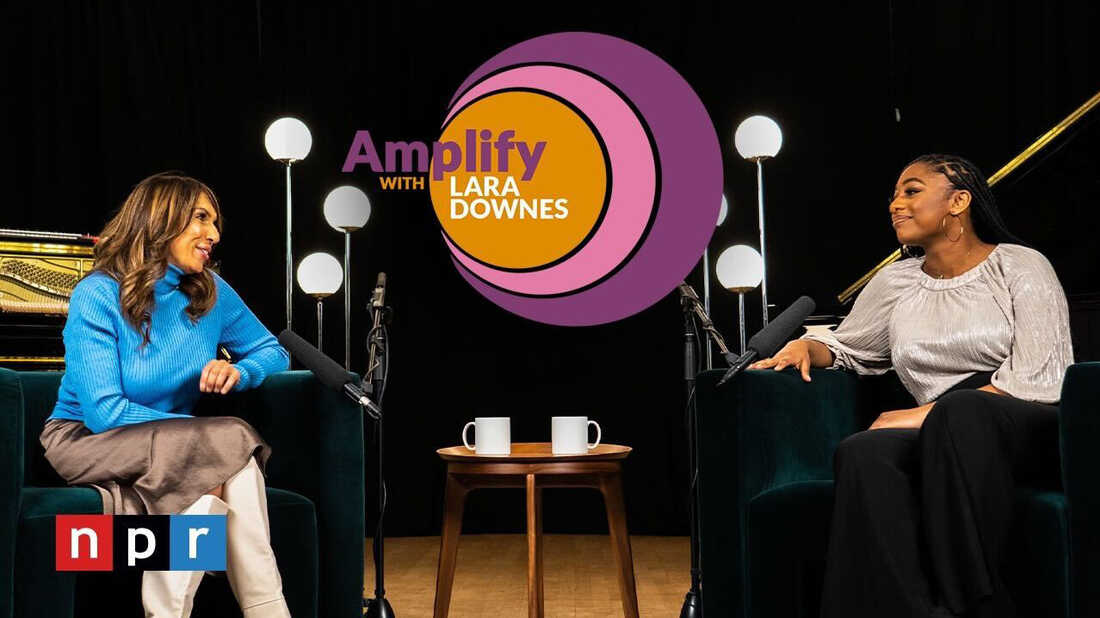